T-shirt design that makes people aware how they are absorbed in their smartphone.

Concept designs for this deliverable where first created by @micheleminno, as part of the Humane Technology Design Contest that started on April 2018. 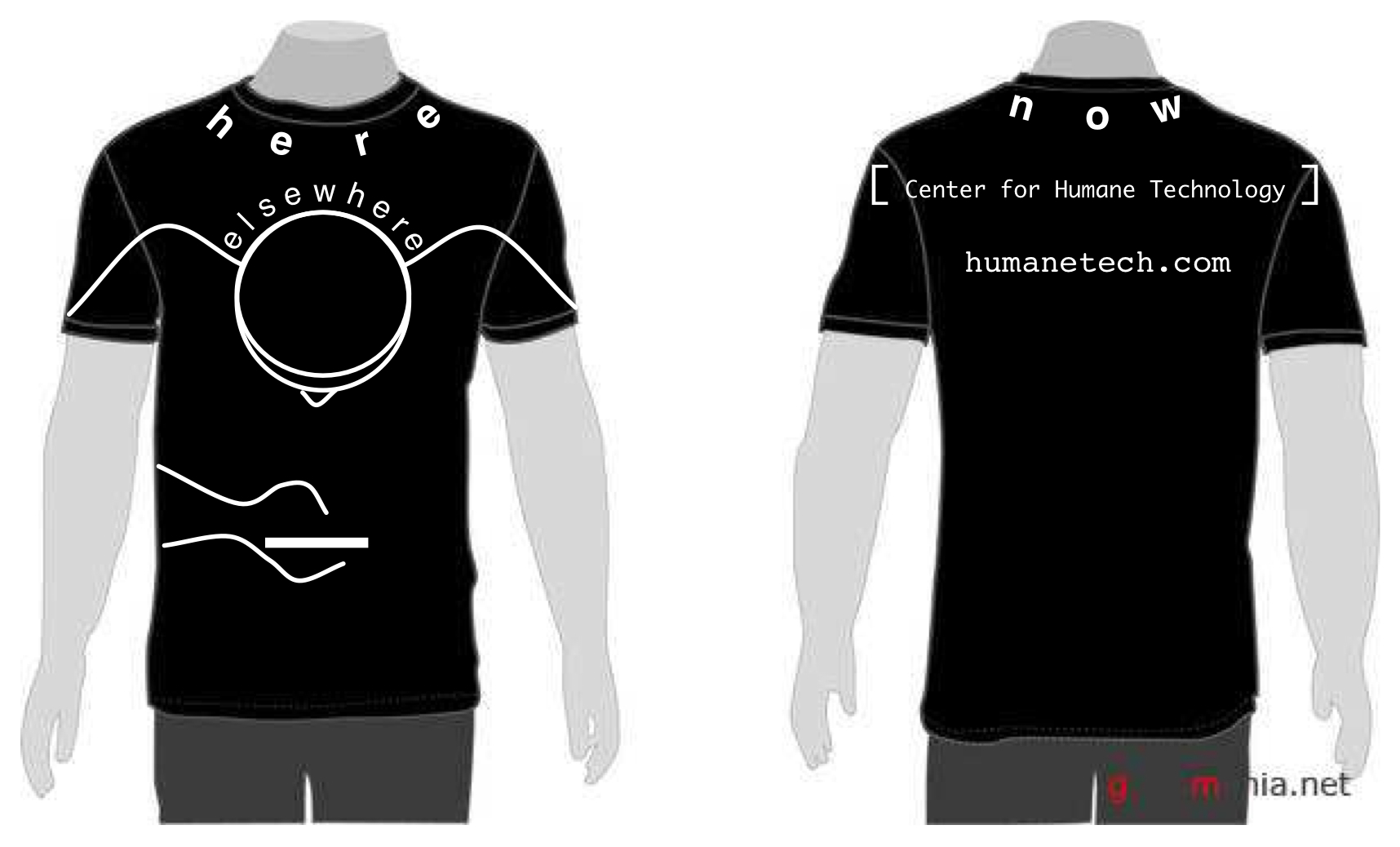 Two T-shirt designs, one in black and one in white background. The person wearing it will show the solution to the problem simply walking and being aware of the world and the people around her or him, in contrast to what is depicted on the front of t-shirt.

People around her/him will be caught by the optical effect of the same person both walking eyes up and sucked on the phone, and they will realize the augmented value of the person not being on their smartphone, but being here in that moment.

This could also be used as part of a viral campaign, maybe with hashtag #imherenow, combined with pictures taken by people while being present in the here and now and aware of the beauty of the world around them (e.g. like this person on Instagram).

The t-shirt can also be used as a gift to active community members, and reward in future crowdfunding campaigns.

Most of the online printing webshops can print only in a square in the fore and the back of the t-shirt (here’s the list). A few of them provide ‘all over’ printing service, but it’s not clear how much it would cost per unit and the time needed to print and ship the units or they ship only to US (i.e. this one).

A number of things need to be done, for the t-shirt to become available. You can see the open issues here.